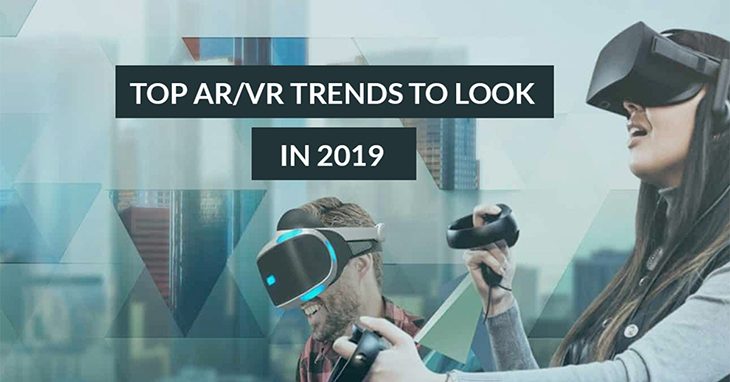 Augmented reality & virtual reality are the things of the future and going to be the biggest technology of the modern generation. In fact, these technologies have achieved the highest adoption rate among both businesses and consumers until now.

Therefore, this year the focus is on the major AR/VR trends in specific markets and how will these affect the whole business world in 2019.

Hence, both technologies have developed a foothold in both customer and business markets. These are set to exceed their growth drastically in the coming years. So, lets quickly check out some important AR/VR Trends in 2019.

The extended reality is definitely the new buzzword today. It can comprise of Virtual Reality (VR), Augmented Reality (AR) or Mixed Reality (MR). The “X” found in XR can mean any of these three technologies or letters. It is no secret that different realities have different purposes and origins.

That said, sometimes, boundaries are erased and similarities, as well as overlays, tend to become more evident. It is believed that the term Extended Reality will gain high popularity and wider use by 2019.

AR is also expected to leave its mark in the industrial field. The biggest challenge for the widespread adoption of Augmented Reality technology is to dismiss the notion that AR is nothing more than a technological trick and focuses primarily on applications like Pokémon Go and Snapchat.

However, 2018 witnessed a large number of AR industrial prototypes. In addition to that, AR also demonstrated its functionality as a commercial application, and its trend began to work. 2019 is expected to continue this trend as large companies get their hands dirty with an AR initiative can get many commercial benefits.

The advantages include the creation of new sources of income, the reduction of costs and the growth of the sources of income that already exist. If you run a business that involves software, you could not find a better time to incorporate AR and the other emerging technologies from 2019.

AR and VR have revolutionized the way people buy products today. Virtual reality, in addition to augmented reality, can reshape the retail world, and innumerable customers believe that investing in these technologies can improve their shopping experience. Augmented Reality when buying is a cutting-edge transformation.

Imagine that a buyer wants to buy a rocking chair for his living room, but he is not sure what kind of rocking chair would go with the decoration of the room or where to place it. AR can be a useful technology in this regard since simply opening your mobile camera and pointing it at a space in your living room can help you see a 3D model of a rocking chair as an overlay in the living room.

The e-commerce business is expected to witness a boom as it offers customers the opportunity to explore a full range of virtual showrooms and in-store participation.

The adoption of AR in the industry has been increasing. In addition to AR, IoT has also made its way into the world of manufacturing through intelligent objects. Augmented Reality is ready to offer users something called “data to the human interface”.

This means that it is possible for users to use intelligent objects equipped with Augmented Reality to see a world view that has been augmented with a data set. As manufacturing jobs around the world are constantly increasing, AR software is expected to play a key role in the digital transformation of the manufacturing industry.

The Mobile AR market is already quite large and will only continue to expand in 2019. Today, hundreds of millions of people around the world already have a smartphone. This means that hundreds of millions of people already have devices prepared for AR. If this is combined with investment and support from industry giants such as Google and Apple in AR technology, the mobile AR market can grow even more.

For instance, ARKit and ARCore have made it very easy for developers to develop and launch applications that are AR ready. In addition, mobile AR is expected to continue its growth, since it is more accessible than other technologies such as virtual reality. It is a known fact that Virtual Reality requires a large amount of investment, a modern and cutting-edge PC machine, a VR headset and other accessories.

On the other hand, AR only needs the availability of a smartphone, which is a blessing in disguise, since most consumers around the world already have a smartphone of some kind. Another upward trend that is expected in 2019 is that mobile AR can have a significant part of the Extended Reality market with games, social networks, etc. who use Augmented Reality technology more and more.

It is said that AR and VR have better use cases in terms of education. It is called “the next great trend in the education industry and the future of learning”. Through virtual reality technology, students may practice surgery or construction in the same way that things happen in the real world, but without any risk.

Through augmented reality, it is possible to send information to students in real-time about dangers, objectives or best practices. There is no doubt that this will increase the demand for educational applications development companies in the future.

AR and VR trends have been instrumental in reducing the cost and risks associated with training and have proven their worth. This will lead to greater adoption of technology in different industries, which often use expensive equipment and tools.

So, we can see the lovers of this technology are ready for a gift and are excited about the anticipation of what is to come. Now, as we know that VR/AR are the things of the future and we are ready to take on our generation as the greatest technology. In fact, 2019 is expected to be even more explosive when it comes to these two technological advances.

Now, if you’re looking for the options to develop an advanced AR/VR application for your official services, then contact ValueCoders and we will be happy to help you.

At ValueCoders (a leading software development company), we have a team of efficient AR/VR developers for all your business needs. Our expert developers have delivered more than 500 apps across 20+ countries and continue to cater to the needs of upcoming clients in the banking industry.

Let Us Know Why The World Fancies Progressive Web Apps

Guarantee Success In Your Next Webinar With These 5 Tips

About author View all posts

Mantra is a business consultant and strategic thought leader who closes the gap between technology and customer satisfaction. With 12 years of knowledge, innovation and practical experience in providing consultations to emerging companies, ISV and agencies that need dedicated development and technology partners. It has also led to the delivery of countless successful projects. Blogging is his passion and he shares his experience here through ValueCoders. Follow him on Twitter 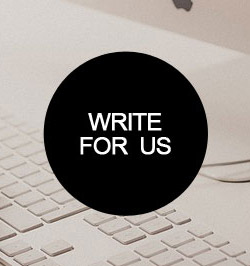